News
You are here: Home / News / In the Spotlight / Massachusetts Appleseed Statement on the Passing of Kevin J. Curtin 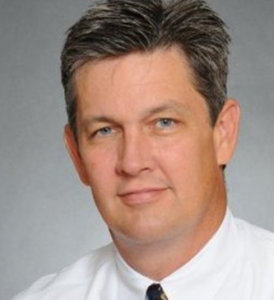 2020 has been a year of tragedy, and of lost champions.

We were stunned and deeply saddened to learn late last night of the sudden passing of Kevin J. Curtin, a member of Massachusetts Appleseed’s Board of Directors.

Kevin was a devoted and passionate advocate of access to justice and equitable opportunity, who spoke persistently about the need to confront the core inequities we face as a society. A teacher, mentor, and pillar of the Massachusetts legal community, he brought his years of expertise and compassionate commitment to the rule of law to our work. Our Board and staff remember him as a dedicated partner with an inquisitive and easygoing nature, who consistently pushed for bold action against injustice, discovered fellow graduates of Boston College Law School with unbridled joy, and was endlessly generous with his time and enthusiasm. His untimely and tragic death is a devastating loss for us all.

Through his personal and professional life, Kevin showed that the pursuit of social justice and the legal profession are not just intertwined, but inseparable. He had a steadfast belief that the law can be a tool in the service of good, and that lawyers have the power to make a difference. In a year already filled with so much struggle and pain, and amidst our own personal grief, these beliefs fuel our work in the days ahead.

We keep returning to something Kevin said in a recent meeting, about an upcoming initiative we hope to pursue in 2021. He noted that it will probably garner plenty of opposition. Then he smiled, raised his fist, and said we should stand tall and fight for it until the end.

Kevin brought this irresistible energy and will to all his work with Massachusetts Appleseed, and it is what we carry with us today as we mourn and remember him.

Upon joining the Board, Kevin said, “Together, I hope we will continue to help bend what the Rev. Martin Luther King called the long ‘arc of the moral universe,’ so that the idea of justice may become a little more real in the world.” As 2021 approaches, we hold his words close to our hearts and consider this a renewed call to action, for all of us at Massachusetts Appleseed.

In these past few months, we have lost far too many champions of the legal community. There is no way to describe the time we had with Kevin as he served on our Board as anything but a privilege and a gift. The days ahead will be emptier without him, and our thoughts and sincerest condolences are with his family, friends, and colleagues.

When he first joined the Board, Kevin was picking up the torch and building on the powerful and profound legacy of his father, Jack Curtin. Now it is our turn, and we hope we honor him and his own legacy by standing tall, taking bold action in service of our mission, and never giving up the fight for a fairer, more equitable future for all.