News
You are here: Home / News / In the Spotlight / Massachusetts Appleseed Statement on the Passing of Chief Justice Gant... 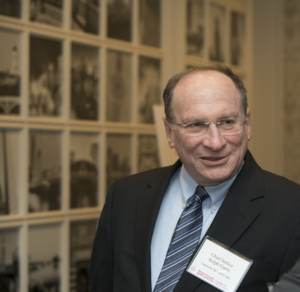 We are deeply saddened by the tragic passing of Massachusetts Supreme Judicial Court Chief Justice Ralph D. Gants, and join the Massachusetts legal community in mourning the loss of an extraordinary leader.

Chief Justice Gants had a consummate understanding of the powerful ways the courts can shape and redirect people’s lives, and the imperative need to ensure the civil justice system is accessible to all. A passionate advocate of access to justice, he imbued the judicial system with his endless compassion and commitment to the rule of law. Armed with his trademark wit, humor, and thoughtful brilliance, Chief Justice Gants raised the standard of the entire legal profession, challenging tradition in the pursuit of a fairer, more equitable society.

At Massachusetts Appleseed, we feel honored to have had the opportunity to work with the Chief Justice over the years. A featured speaker at our 2017 Access to Justice Conference and our most recent Annual Meeting, he was a steadfast supporter of our work to improve the courts and unshakable in his commitment to creating a civil justice system that serves everyone – not just those who can afford an attorney.

It was a privilege to witness him in action as co-chair of the Massachusetts Access to Justice Commission. He approached this work with seemingly boundless energy, tenacity, and a generous spirit, easily dispensing encouragement to those around him. The journey towards justice is certainly long and difficult. But after each Commission meeting, listening to Chief Justice Gants speak, a better world often felt close at hand.

This week has been a painful one. The future always seemed a bit brighter with the Chief Justice lighting the way, and to lose him at this moment in time is hard to accept. Yet we feel his impact all around us, from the newly-released report he commissioned studying the systemic racial inequities within criminal court sentencing, to the Massachusetts Access to Justice Commission’s recent 2019-2020 Annual Report – detailing the many exceptional collaborative efforts he oversaw and guided as co-chair.

To have the head of the state’s highest court so tirelessly champion justice for all is no small thing, and Chief Justice Gants leaves behind a tremendous legacy and unfathomably large shoes to fill. We send our sincere condolences to his family and his friends, and those who knew him best.

Today, September 18th, the courts are closed to honor the memory of Chief Justice Gants. On Monday, they reopen, and the work to which he was so dedicated goes on. While we take this moment to personally work through our grief, we will remember the Chief Justice in all we do – in each policy change that supports our most vulnerable residents, each reform effort that makes our courts more welcoming institutions, and each small step towards a world where every person experiences equal protection under the law. We know we could not have come as far as we have without him. And we hope we honor his legacy by continuing the fight for justice.