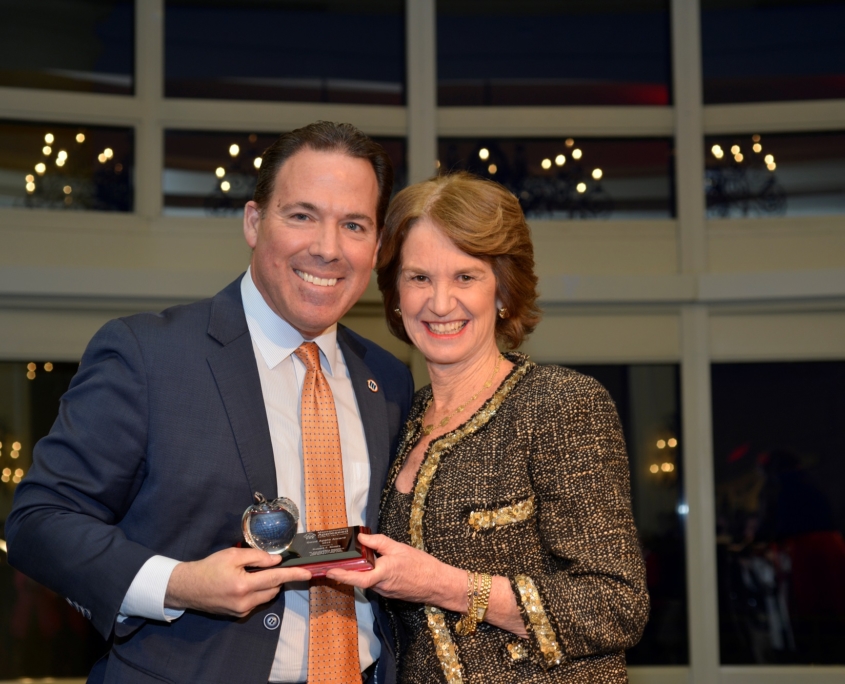 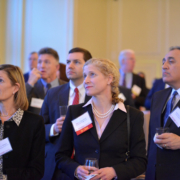 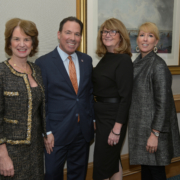 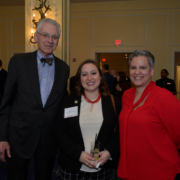 Boston, MA – On March 28, 2019, the Massachusetts Appleseed Center for Law and Justice (“MA Appleseed”) honored Bob Rivers with its 12th annual Good Apple Award. MA Appleseed also celebrated its 25th anniversary with a special cocktail hour, which was followed by the award reception at 6:00 pm in the Wharf Room at the Boston Harbor Hotel. Each year, MA Appleseed presents the “Good Apple” award to someone in the Massachusetts business or legal community who exemplifies the principles of social justice and equal opportunity on which MA Appleseed was itself founded. This year marks the first time that a member of the business community has been honored with the “Good Apple” award. The event, which serves as Massachusetts Appleseed’s annual fundraiser, raises money to support the organization’s program and outreach efforts.

“What a great evening we had, with so many friends and colleagues of our honoree, Bob Rivers, gathered to remind us why he is such an important leader in our community,” said Martha A. Mazzone, chair of the Board of Directors of MA Appleseed. “When Bob addressed the assembled guests, his inspirational words about fairness and speaking truth to power were perfectly aligned with Appleseed’s mission to correct systemic social inequities. Mincing no words, he made it clear that he will never stop being a champion for social justice and putting his words into action wherever he can.”

Rivers is Chair and CEO of Eastern Bank, America’s oldest and largest mutual bank and the largest independent community bank headquartered in Massachusetts with $11 billion in assets and over 115 locations. He is also Chair of the Massachusetts Business Roundtable and The Dimock Center.

“It is a great honor to receive this award from Massachusetts Appleseed, especially as it celebrates its 25th anniversary, and to join the past honorees in promoting equal rights for all,” Bob Rivers said. “I am humbled to be recognized by an organization that understands demonstrating true equal access and opportunity for all people is both a moral and business imperative. Thank you to Massachusetts Appleseed for this very special honor and award presentation.”

Named after the late Senator Robert F. Kennedy, Rivers’ passion for advocating for social justice causes and sustainability issues is the result of a personal and professional journey that began early in his life. He has been recognized by many organizations for his work in championing diversity and social justice, including The Boston Globe, The Partnership, Get Konnected!, Color Magazine, the Massachusetts Immigrant and Refugee Advocacy Coalition (MIRA), the Asian American Civic Association (AACA), Association of Latino Professionals For America (ALPFA), El Planeta, the Massachusetts Transgender Political Coalition, The Theater Offensive, and MassINC.

Featured speaker at the event, the Honorable Kathleen Kennedy Townsend, remarked, “As someone named for my father, Robert Kennedy, Bob Rivers certainly bears his legacy well. Bob has an unwavering commitment to the pursuit of social justice and leads Eastern Bank with an extraordinary vision of equity. I am so glad to have been able to help celebrate Massachusetts Appleseed’s 25th anniversary and to present Bob with the Good Apple Award.”

“Bob is a champion of social justice and a force for good in Massachusetts. He represents the absolute best of our corporate community and we couldn’t be happier to present him with the 2019 Good Apple Award,” said Deborah Silva, Executive Director of MA Appleseed.

The Sustainer sponsors of this event include the Board of Directors of Massachusetts Appleseed and Past Good Apple Honorees.

About the Massachusetts Appleseed Center for Law and Justice:

Massachusetts Appleseed’s mission is to promote social justice and equal rights for Massachusetts’ residents by developing and advocating for systemic solutions to issues of systemic inequality.

At Massachusetts Appleseed, we dedicate ourselves to remedying social injustices for at-risk and underserved children, youth, and adults residing within our state. Working with volunteer lawyers, community partners, and others, we identify and address gaps in services and opportunities in areas such as education, homelessness, and the accessibility of the Massachusetts court system. Through in-depth research, consensus building, and community problem solving, we develop powerful solutions for reforming the systems and structures responsible for injustice. Our work seeks to level the playing field and transform communities. Every year we honor someone in the business or legal profession equally committed to these principles through our “Good Apple” award.