News
You are here: Home / News / In the Spotlight / Kevin J. Curtin Joins Massachusetts Appleseed’s Board of Directo...

BOSTON, MA – The Massachusetts Appleseed Center for Law and Justice welcomed Kevin J. Curtin, Senior Appellate Counsel/Grand Jury Director for Middlesex District Attorney Marian T. Ryan, to its Board of Directors at its Annual Meeting on June 27, 2019. Massachusetts Appleseed, a nonprofit organization that advocates for systemic reform in areas such as access to justice, youth homelessness, and education is pleased to have Mr. Curtin, a talented attorney and professor and resolute advocate for social justice, join its Board of Directors as it celebrates its 25th anniversary this year.

“It is a great honor to be asked to serve in this role,” said Mr. Curtin. “I have known about the Massachusetts Appleseed Center for Law and Justice for as long as I can remember and I have deep respect for this remarkable institution, especially its focus on the underlying causes of core inequities in our society that trouble us all. I’m talking about issues like poverty, homelessness, racial and economic segregation, inefficient courts, ineffective governmental service providers and governmental social policies that – wittingly or unwittingly – create systemic unfairness and injustice.”

“I look forward to working with this talented Board and with our dedicated staff to advance Massachusetts Appleseed’s mission to provide meaningful access to justice for all,” he said. “Together, I hope we will continue to help bend what the Rev. Martin Luther King called the long ‘arc of the moral universe,’ so that the idea of justice may become a little more real in the world.” 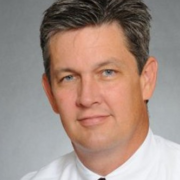 Kevin J. Curtin serves as Senior Appellate Counsel/Grand Jury Director for Middlesex District Attorney Marian T. Ryan. He supervises the grand jury practice, writes and supervises appellate briefs, conducts oral arguments, manages Superior Court post-conviction matters, and advises the District Attorney and bureau chiefs. Mr. Curtin is a graduate of Boston College Law School and previously served as a judicial law clerk for U.S. District Court Judge William G. Young. Mr. Curtin teaches at Boston College Law School, the National Trial Advocacy College at the University of Virginia School of Law, and in the Harvard Law School Trial Advocacy Workshop. He is a vice-chair of the American Bar Association Criminal Justice Section Council and co-chairs the Section’s Committee on Appellate and Habeas Practice. Since 2016 he has served on the ABA’s Working Group on Building Trust in the American Justice System. He has consulted extensively for the Republic of Uzbekistan since 2015, visiting the developing constitutional democracy six times since then and participating in the historic law reform efforts ongoing in that nation. In 2017, he was named Prosecutor of the Year by the Massachusetts District Attorney’s Association and was honored by the Massachusetts Bar Association with one of its annual “Access to Justice” Awards. In November 2018, he received the American Bar Association’s Norm Maleng Minister of Justice Award. He joins the Board of Directors of Massachusetts Appleseed following in the footsteps of his father Jack Curtin, who was a leading advocate for legal aid and a former member of the Massachusetts Appleseed Board.

“Kevin Curtin is a true advocate for justice, and it is an honor to have him bring his years of expertise and his dedication to expanding access to opportunity for all to the Board of Directors,” said Melanie Todman, Chair of the Board. “To have Kevin continue the powerful and profound legacy of his father, Jack Curtin, on Massachusetts Appleseed’s Board is a remarkable gift, particularly as we celebrate our 25th anniversary.”

About the Massachusetts Appleseed Center for Law and Justice:

Massachusetts Appleseed’s mission is to promote equal rights and opportunities for Massachusetts residents by developing and advocating for systemic solutions to social justice issues. We research the ways in which the justice system, schools, and government agencies are systematically failing our most vulnerable residents. We collaborate with community partners to ensure that recommended plans of action are practical and comprehensive. We advocate for the implementation of solutions that will create lasting change.